Adrian Peterson Having Time Out in Puerto Rico

Adrian Peterson badly requires a brand new pair of shoes – more so after he lost a shoe deal. He was clocked at El San Juan Casino in Puerto Rico poring over a craps table. Accompanying him was Ashley Brown, his wife. 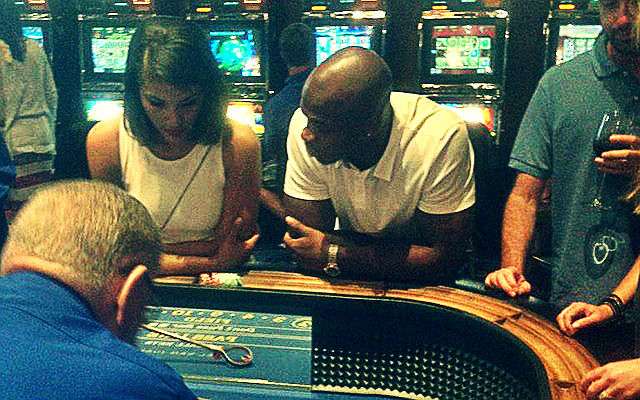 It must be stressed that Peterson had no practice or something similar coming up. He continues to be suspended from NFL and also the Vikings failed to make it to the playoffs. The casino playing population told news sources that the player happily interacted with fans and even went for a hand shake with a few of them, when he was not playing that is.

There is still silence over the amount of money Peterson lost or won. However, it must be said that he continues to be chock-a-block full of money- making almost $12 million this season- even with the suspension.

Team wants him back

There is no question that Minnesota Vikings want Adrian Peterson back in its players’ line up. It was made clear by Rick Spielman, the general manager of the Vikings when he said that the player will be welcomed by every team in the NFL. He said that Peterson was an excellent football player.

In his interaction with the media, Spielman was sparse about his teams’ plans. He was more reticent about Peterson as the player continued to be suspended from the league and is not eligible for any reinstatement until April 15 gets over. However, the general manager has pointed out the work done by Peterson in Twin Cities community in the eight year period of his career with Vikings. The GM’s words were echoed by Mike Zimmer, the team coach, who lauded Peterson’s personal values and added that he expected the player to come back and play at higher level.