How Is Power Keno Different From Regular Keno

Keno is an easy game of luck. Similar to most lottery games, where the player chooses numbers and hope for them to match with random numbers chosen by a machine or a hopper. There are two different ways to play keno: live and online video. In live keno, the player uses a paper to indicate his selection while every few seconds, numbers are drawn from the hopper. Whereas in online video keno, the player touches the screen to pick numbers and the machine draws winning numbers randomly. Like most over-ambitious lottery games, chances of winning in keno are scarce. 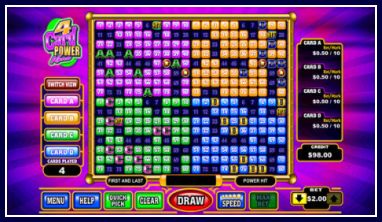 The player makes a wager and selects numbers. The selections are performed on a piece of paper while playing live keno and by touching the screen in online video keno. The range of numbers allowed is from 1 to 80. The number of selections a player can make is also dependent on the type of game itself. Generally the range is from number 2 to 10 or from number 1 to 15. The game randomly picks 20 balls out of 80. If the game chooses a ball with the same number as picked by the player, it is called a ‘catch.’ The payouts are made depending on to the number of balls ‘caught’.

The rules for playing power keno are the same as basic keno, except for just once friendly change. If the player catches the 20th ball that the hopper draws, any payouts won by the players get quadrupled. In another similar version of the game called ‘fire power’ keno, payouts are quadrupled, but only when the player catches the first call drawn by the computer or hopper.

The game starts when the player selects 2 to 10 numbers from the range, which is from number 1 to 80. The system then randomly picks 20 numbers from the same range. Payout is awarded on selections that match the numbers drawn by the system and if you’re fortunate enough to match the first drawn number, then any of your wins will be quadrupled as well.